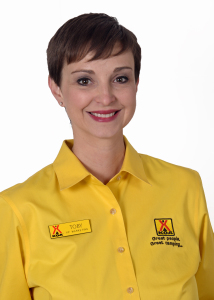 In her new role, O’Rourke will take responsibility for both KOA’s brand marketing and its franchise operations, Hittmeier said, and will have oversight over all KOA departments except Finance and KOA’s Company Owned Properties Division.

“Choosing the next leader of KOA’s franchise enterprise is one of the most important contributions I can make,” Hittmeier said of his decision to promote O’Rourke to her new role. “I considered a host of qualities necessary to make the largest positive impact on our business and our future. I wanted this key individual to have a future perspective, always be seeking new knowledge, be respected, be unselfish and be a good judge of human nature.”

Hittmeier said it was important he find someone who understood the importance of balancing the needs of KOA franchisees, campers and the company.

“I have confidence that Toby O’Rourke has all of the qualities I was looking for,” he said. “In her time with KOA, she has re-shaped our brand image, become the ‘go-to’ person for our staff, introduced valuable new processes and has become well respected by our franchisees.”

He said O’Rourke is also recognized as a marketing leader in the camping and recreation industries.

O’Rourke first came to KOA in 2011 as Director of Digital Marketing. Prior to KOA, she was the digital marketing manager for Whitewave Foods in Broomfield, Colorado. She also served as the assistant brand manager for Silk Soymilk while at Whitewave Foods and also for the Hillshire Farm brand for the Sara Lee Corporation in Downers Grove, Illinois. Prior to her marketing career, O’Rourke gained experience in software development and management consulting.