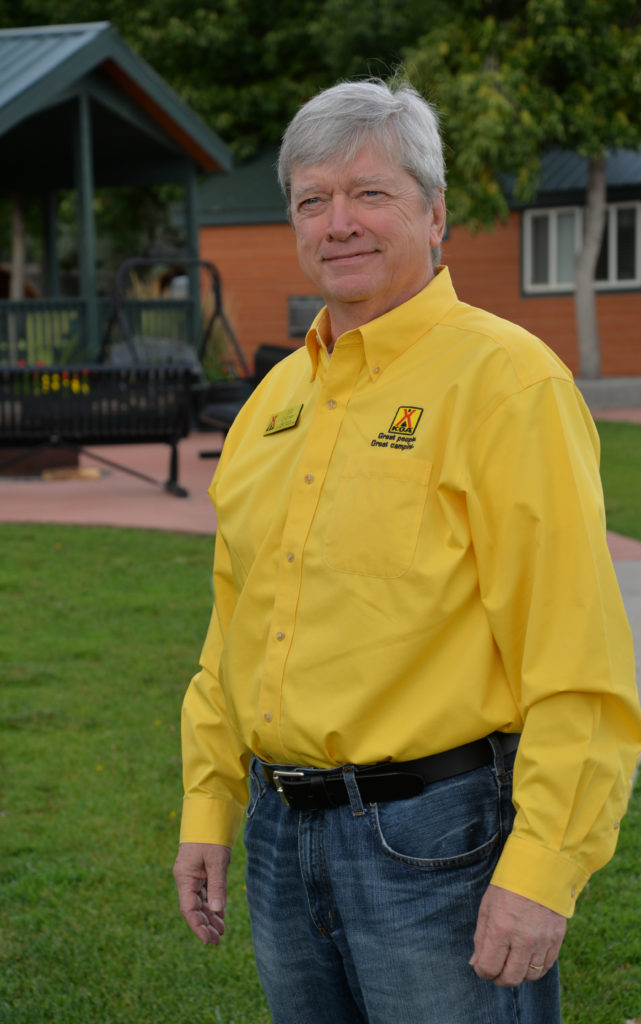 As the vice president of KOA’s Company Owned Properties Division, Terry Shade oversees 28 large campground properties in the U.S. and Canada. Shade has a long history with Kampgrounds of America, both as a franchisee and as a corporate officer. From 1989 to 2001, Shade was the general manager of the franchisee-owned Kissimmee, Florida KOA Campground. Prior to coming to KOA, Shade worked for Beck Summit Hotels from 1985 to 1989, and earlier worked for United Western Hotels as both an executive housekeeper and as a general manager. He also served on an aircraft carrier with the U.S. Navy from 1968 to 1970. He joined the Kampgrounds of America Inc. corporate staff in 2001. He holds a bachelor’s degree from The Ohio State University.